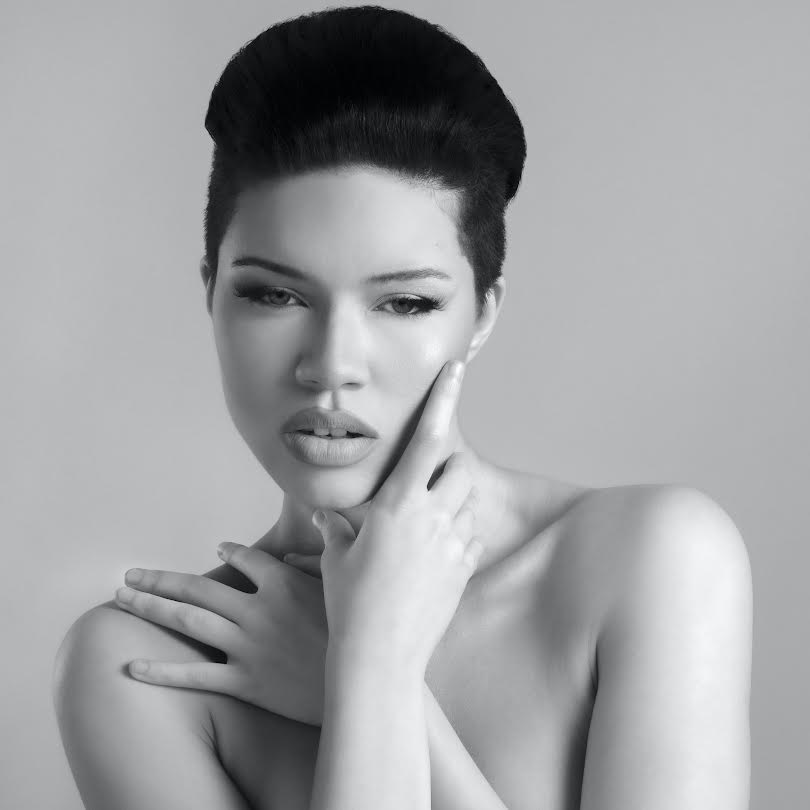 A BackBeat R&B Exclusive With A Rising Star-Aiyana Lee, Endorsed By Elton John “As The One To Watch”

Meet the multi-talented Ms. Aiyana Lee !  This young beauty is ready to take the world by storm as she works her way up to releasing another EP by late 2022.  For those who love Alicia Keys, SZA, HER and Jazmine Sullivan, she is a songstress who dominates the heart with her sophisticated voice and stage presence.  Her soulful vocal abilities and songwriting skills makes her one of the most brightest, talented and promising new artists today.

Recently, she was featured in The Sun, Vibe Magazine, Flaunt, Entertainment Tonight, Vulkan Magazine, UK paper and Wonderland.   She was also featured as iHeart Radio’s “On The Verge”artist January 14, 2022.  Check out her national TV debut  (Below) on The Real, performing her fiery R&B song and Top 10 US R&B Radiotrack “Gangster of Love”. 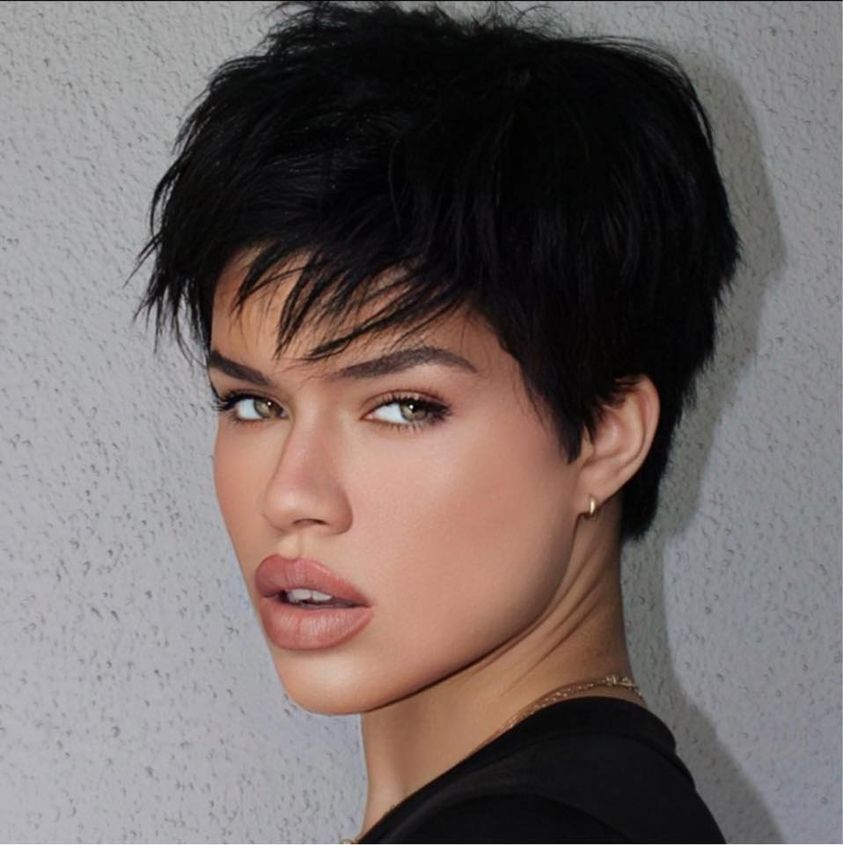 Let’s start from the beginning!  What was the inspiration behind you having a career in music?

I was gravitated towards it since my inception. My mom would always play music around the house and have artists play at our home. It was a world I was inspired and connected to from the beginning.  A different medium of creativity that allowed me to express who I am.

I read you come from a musical family, your Mom (Nicole Daciana Anderson) is a multi-platinum singer-songwriter, your GrandFather (Jimmy Ruffin) was a writer and R&B singer with several hit records including, “What Becomes of The Broken Hearted “and  “Hold On “.  Lastly, your Uncle, (David Ruffin) a singer with the legendary “Temptations”.  Would you say, it was almost inevitable that you would follow in the musical footsteps of your family?

I think it showed me the range of artistry there is! From soul to pop to rock and taught me not to be afraid to explore or express using sounds from different eras! It was inspiring to see all of their careers, but also insightful to see the negative aspects and effects of the industry. 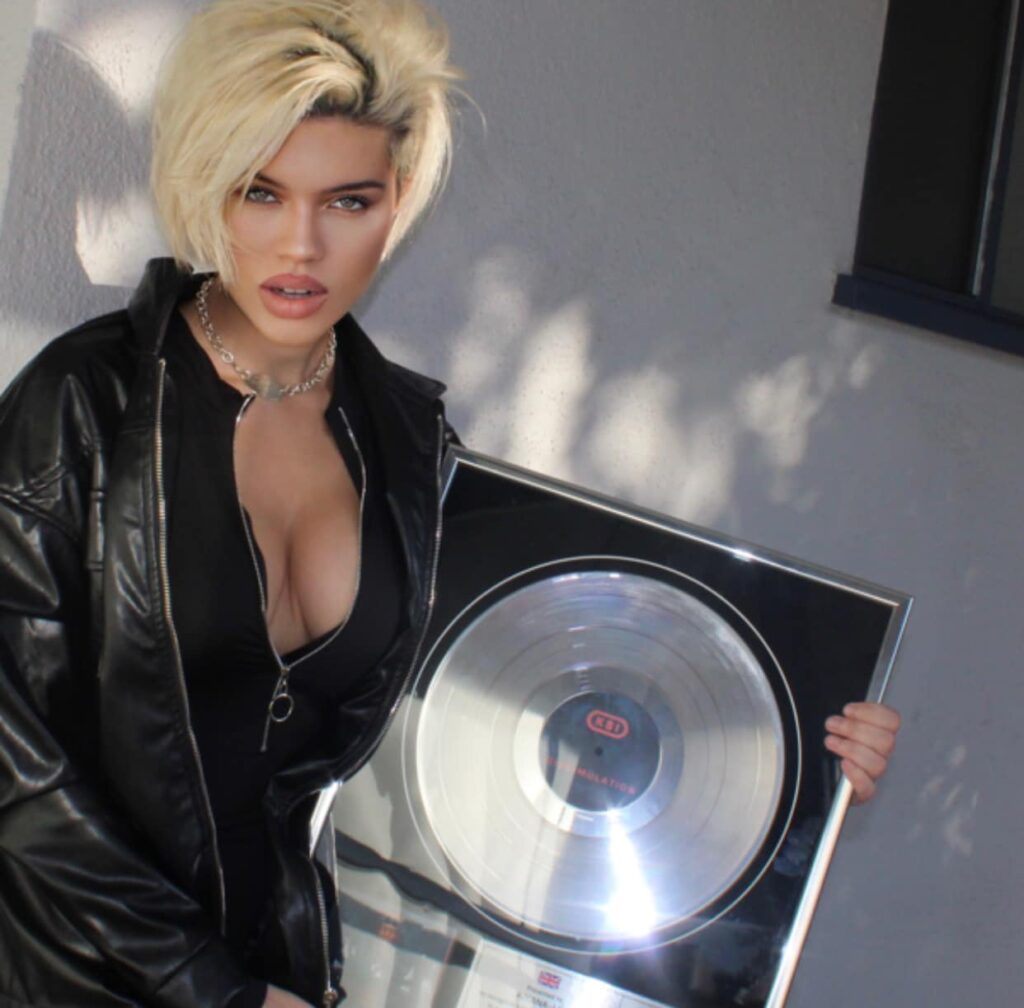 What do you think you’d be doing if you hadn’t gotten into music?

First of all IMPOSSIBLE hahaha! But I’ll say for the sake of this I’d be doing what I’m also continuing to do now! Writing, acting and any medium that involves expression and creativity.

Looking back on your life now, what would you say is your favorite childhood memory, dream, book? (My audience would love to get to know you)

Performing on stage as a child was the highlight of my childhood! My mom taking me on tours, me being able to interact with an audience and put on a show was like a fairytale and dream come true.

Book wise I’d say, I really love the “Throne Of Glass” ya fantasy series and it was one of the gateway books to my now incredibly fleshed out collection! Haha. The protagonist is a female assassin and to me, i related to her.

You have been featured as a 2022 artist to watch in “the UK paper The Sun, Vibe Magazine, Flaunt, Entertainment Tonight, Wonderland and the cover of Vulkan Magazine”. You have been called ” the One To Watch” by the iconic Elton John on his Rocket Hour podcast.  How does it feel to be so young moving into the direction of this kind of Stardom?

I’m honestly just incredibly grateful to be able to say that this is what I do! I get to perform, interact with people from all over the world and share my art and hear the way it relates to people who have gone through similar situations as me! I think at the end of the day music is connection, it’s one of the fundamental human languages that bypasses spoken word.

I’m honored for all of the belief and kind words spoken! And I’m a huge Elton John fan so that really had me literally bawling like a baby! 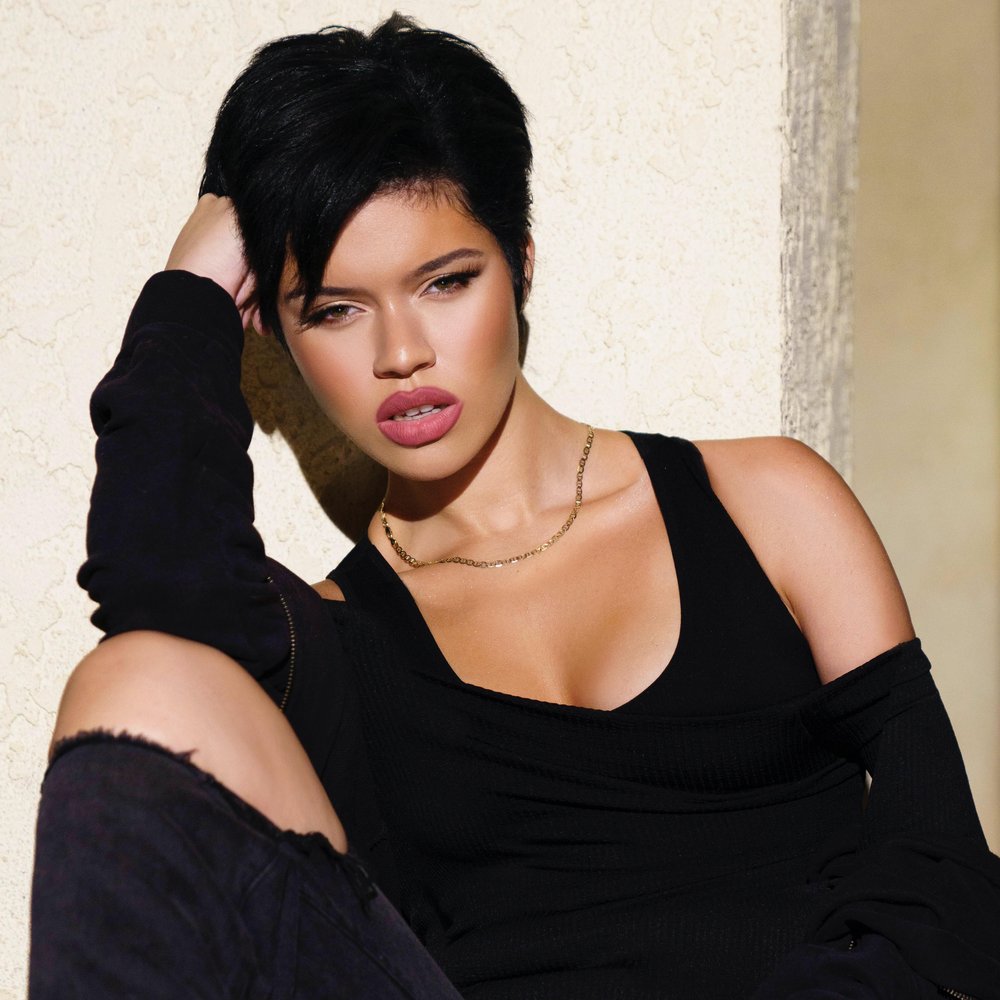 Let’s talk about your new Release, what is the name of your EP, when will it come out and is there an inspiration behind the music?

My story, my experiences, my life! This entire project is like my diary. It tells a very vivid detailed story that encompasses the last few years of my life since my arrival in L.A from London. From detailing the realities of being “broke in a city full of rich kids” to the really intense and dark “Miserable” that tells the disastrous and life threatening relationship I had with my now deceased father that had also tried taking my life. And of course of of my favorites “Table for three” that dives deeply into self love and my realization that “one ain’t got to be a lonely number”.

“Wednesday Child “(SIDE A) is out right now accompanied by 3 music videos! (SIDE B) along with some other surprise projects that  are on the way!

Social Media has been a part of your life since you were very young, if you could go back in time as an artist trying to make it organically, would you?

I did! Hahaha! From me and my mom selling out cds from the back of a truck to going on the road. We’ve done it all. From me knocking down door after door in the city, and hearing no’s to karaoke in the street. You name it, I’ve tried it. I think social media is a great tool and helps to really connect you with your audience and share at a faster rate but, with that being said, I think social media is a tricky thing and can be overwhelming for anyone, including artists.

Just curious, if you could listen to 3 famous artists who would they be? And of the 3, who would you love to do a musical collaboration with?

Do you write any of your own music?

Of course! It’s all my story, especially on this project. It Was really like opening up my diary.

Now that you have your new release is coming out, what else can fans expect within the next year?  What Social Media      Platforms can we find you on?  Any tour dates set up yet?

Lots of new music, lots of great collaborations and some really cool shows I’m over the moon about! I’m opening for Dru Hill, on a show with Lucky Daye and working on a project with the legendary Diane Warren. I’m honestly am so excited for that ; as Diane is literally one of the coolest and most real people I’ve ever met and of course A LEGEND who’s written all of my favorite songs!  It’s a true honor.

I’m on Instagram @aiyanaleeofficial and Twitter @aiyanaleeinnit 🙂 I love to talk to people so definitely interact with me on those! 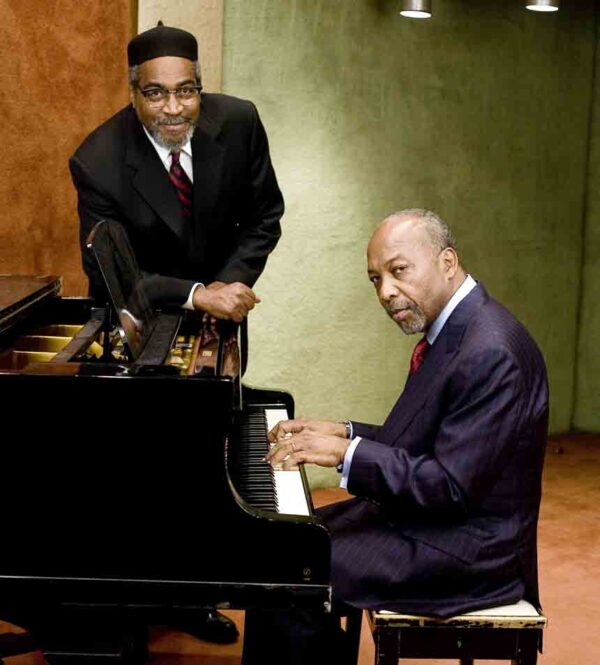 ETSY TO LEGENDARY PRODUCERS KENNETH GAMBLE & LEON HUFF: ‘YOU GOT WHAT I NEED’

PHILADELPHIA – Legendary Philadelphia International Records (PIR) co-founders and R&B pioneers Kenneth Gamble & Leon Huff have a new commercial placement from their massive song catalog. “YOU GOT WHAT I NEED,” which Gamble & Huff wrote and produced in 1968 for Freddie Scott – three years before launching PIR – is currently getting massive TV exposure in a new ETSY.COM commercial. Philadelphia International Records was home to The O’Jays, Harold Melvin & the Blue Notes, and many other acts that defined the Philadelphia soul sound of the ’70s.

“Seeing the Etsy commercial featuring the song on TV so prominently, makes us instantly reflect back 52 years when we wrote and produced the song in the studio for Freddie Scott – a great, yet unsung Soul/R&B artist and vocalist,” said Gamble & Huff in a joint statement. “We are so glad this original song and Freddie are getting their just recognition and their due.

”In 1968 the single,  “You Got What I Need ” was released on Shout Records and reached #27 on the R&B chart. Freddie Scott was also a songwriter turned performer. Freddie had a few hits in the early ’60s but never really became famous. He died in 2007 at age 74. 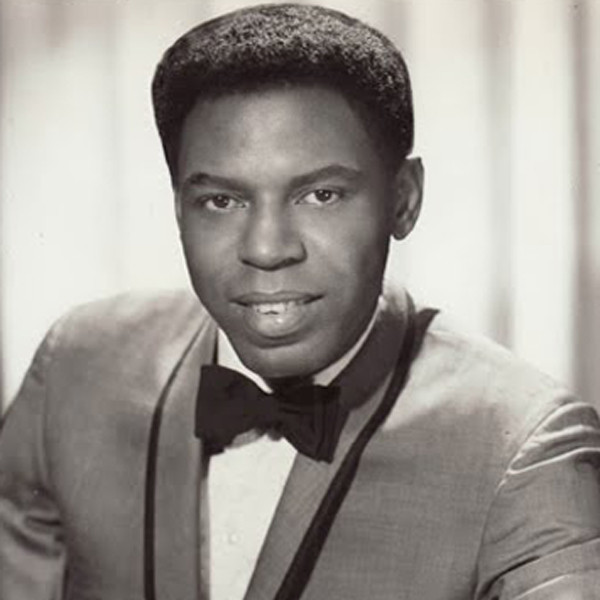 Usage of “YOU GOT WHAT I NEED” has proven popular for sampling in recent years. But this is the first time the original recording is anchoring a popular TV commercial in the U.S.

Rapper Biz Markie used many elements of the original recording on his 1989 hit “Just A Friend.” Kanye West, Common, Pusha T, and Big Sean feat. Kid Cudi and Charlie Wilson sampled the song on “Good Friday” (2010). Ghostface Killah sampled it on “Save Me Dear” (2004). And in 2017, Janelle Monáe sang “You Got What I Need” in a Gap commercial promoting their Christmas offerings 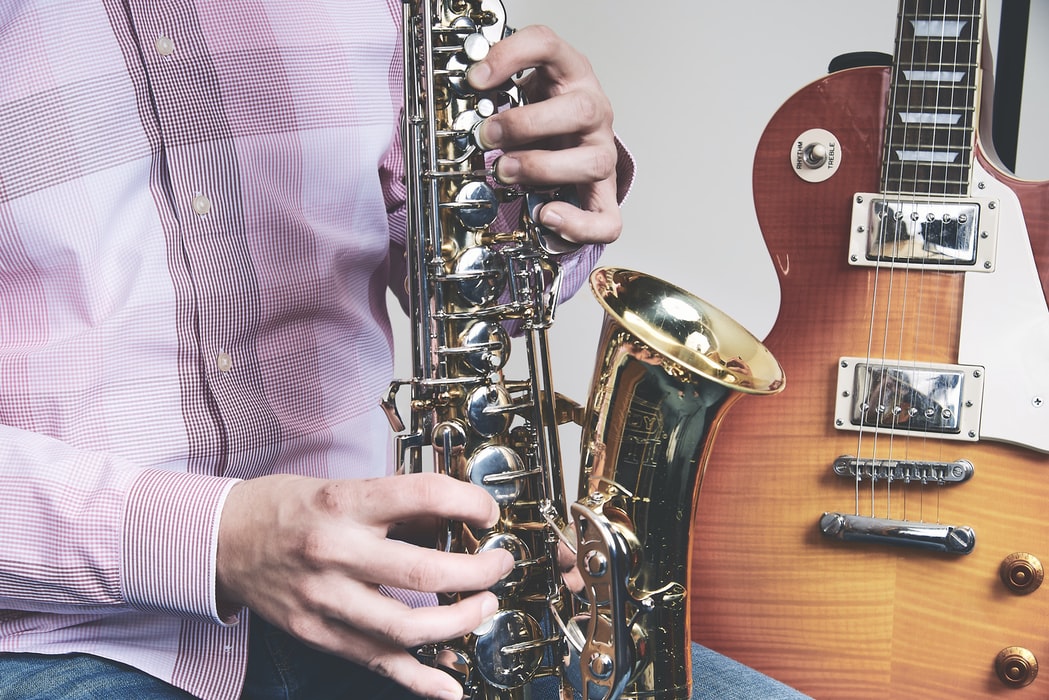 The words that best describe this music are,  the best chillout instrumentals ever, especially that Sax. Listeners will find it perfect for healing, and soothing to the soul. So, check out the video or for more info about KHX click on the link: http://khxmuzic.com/ 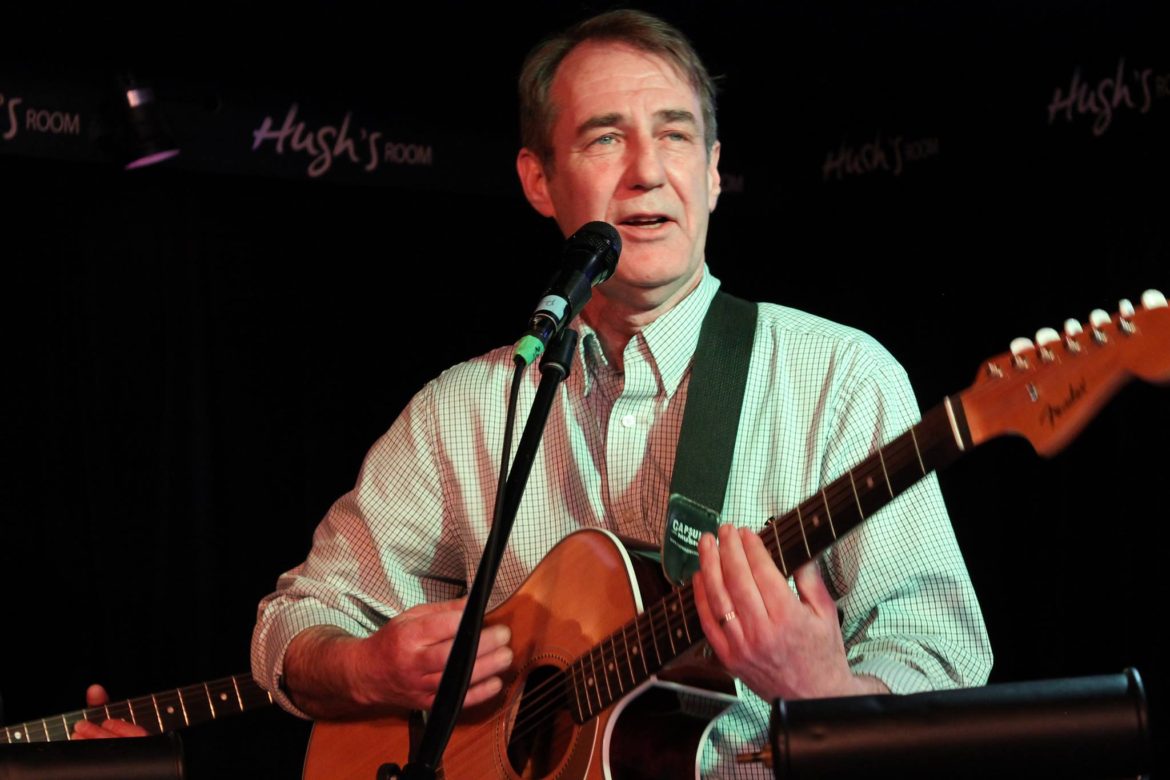 “WALKING IN A STORM ” WITH FERGUS HAMBLETON!

Check out the esteemed and very talented  Fergus Hambleton who is excited about releasing his new single “Walking In A Storm” from his newly released album “Neighbourhoods”.  The singer, songwriter, composer, and multi-instrumentalist “has been a leading performer and songwriter in folk, pop and reggae music arenas. 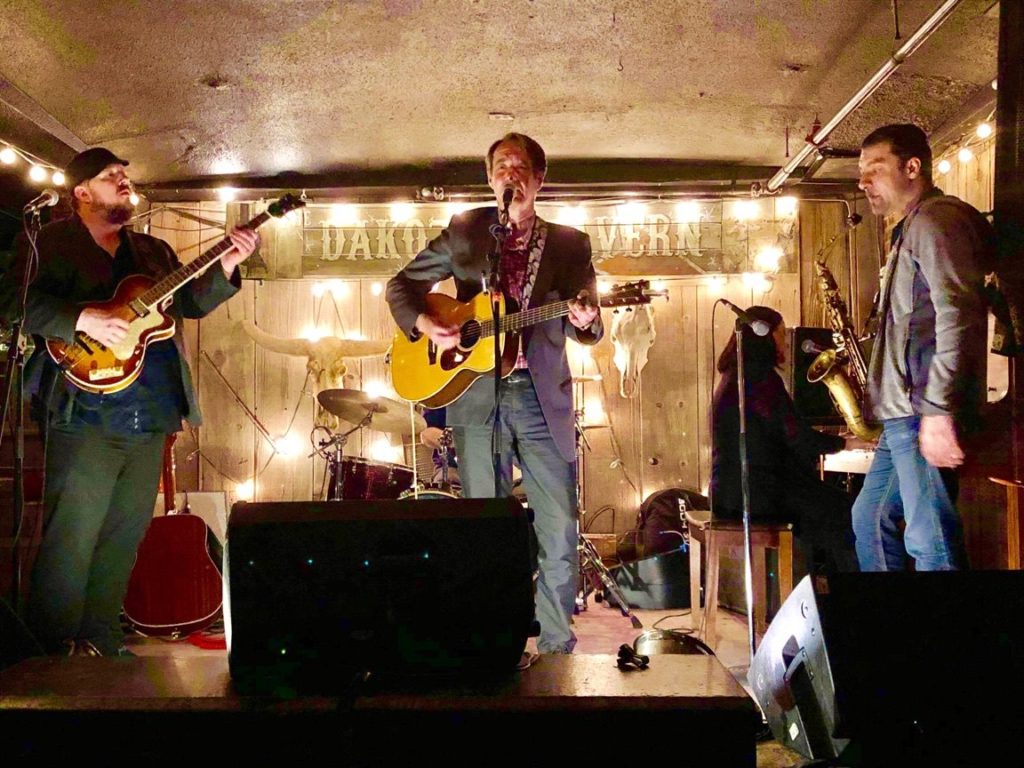 The new single from singer/songwriter/multi-instrumentalist Fergus Hambleton’s soon to be
released album Neighbourhoods (Current Records), is “Walking In A Storm.”

Fergus began his music career as a member of popular Yorkville band A Passing Fancy, and in
1971 signed his first record deal with Capitol Records in 1971, which resulted in two full-length
albums, All The Right Noises, and Town Of Fergus.

In the 70’s Fergus began doing sessions as a sax player with the Toronto Jamaican community,
and during a stint as a guitarist for the Leroy Sibbles Band, it led to a meeting with Jo Jo
Bennett, who along with Fergus, forged a 40-year partnership, and the formation of the Juno
Award-winning reggae band, The Sattalites.

Along the way, Fergus has released a number of solo, albums including 1998’s Snapshots, Playtime in 2009, and Written On The Wind in 2015.

The new album Neighbourhoods was recorded at Kensington Sound with Vezi Tayyeb, and and
each song is set in its own musical “Neighbourhood.”

“The surfy, jazzy guitar on ‘Walking In A Storm’ is a reminder all the way through of the fluidity
and tonal effervescent of the man’s guitar playing.” – Lenny Stoute from Cashbox Canada