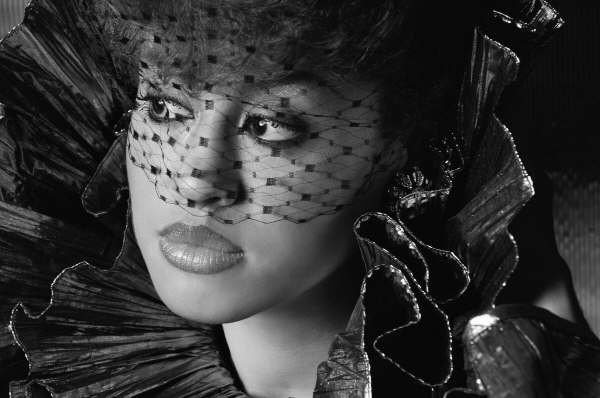 R&B music has lost some of its brightest stars to untimely deaths, leaving fans heartbroken and the music industry in mourning. These artists had a profound impact on the genre and their music. They continue to be loved and celebrated today.

Here are 10 R&B artists who died too young:

1.   Luther Vandross – Luther Vandross’s death in 2005 at the age of 54 was a tremendous loss for the music industry. The singer was a  true icon of R&B and his powerful voice and emotive performances will always be remembered. 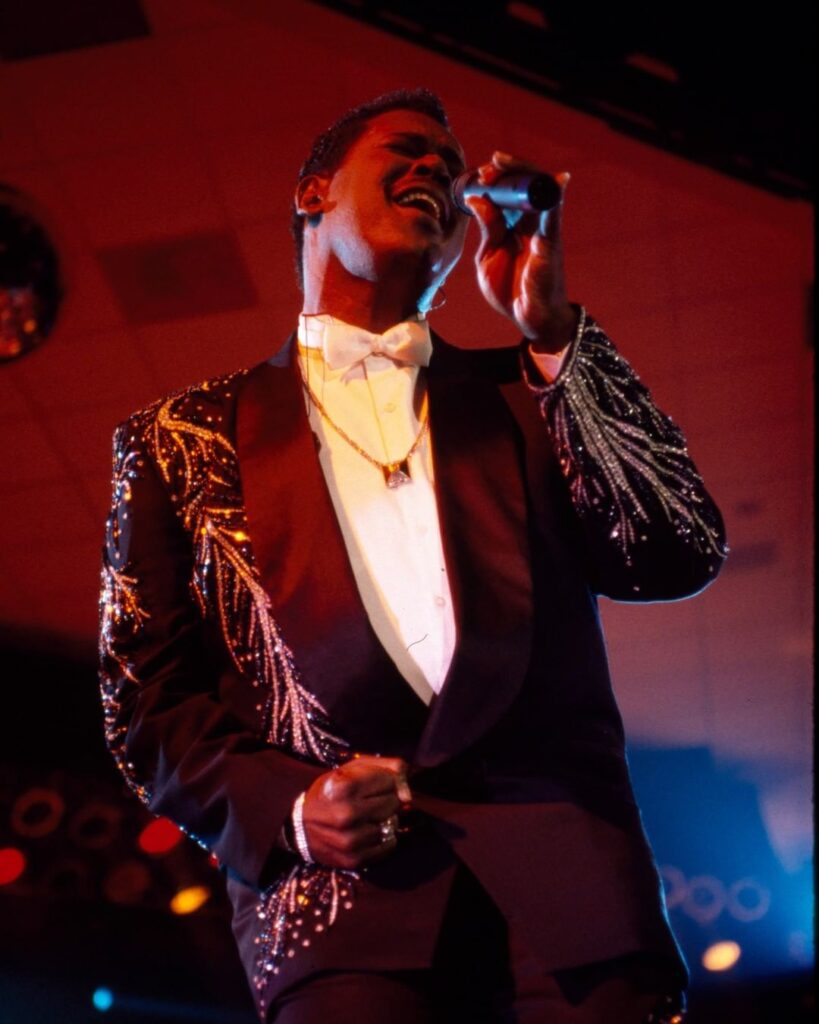 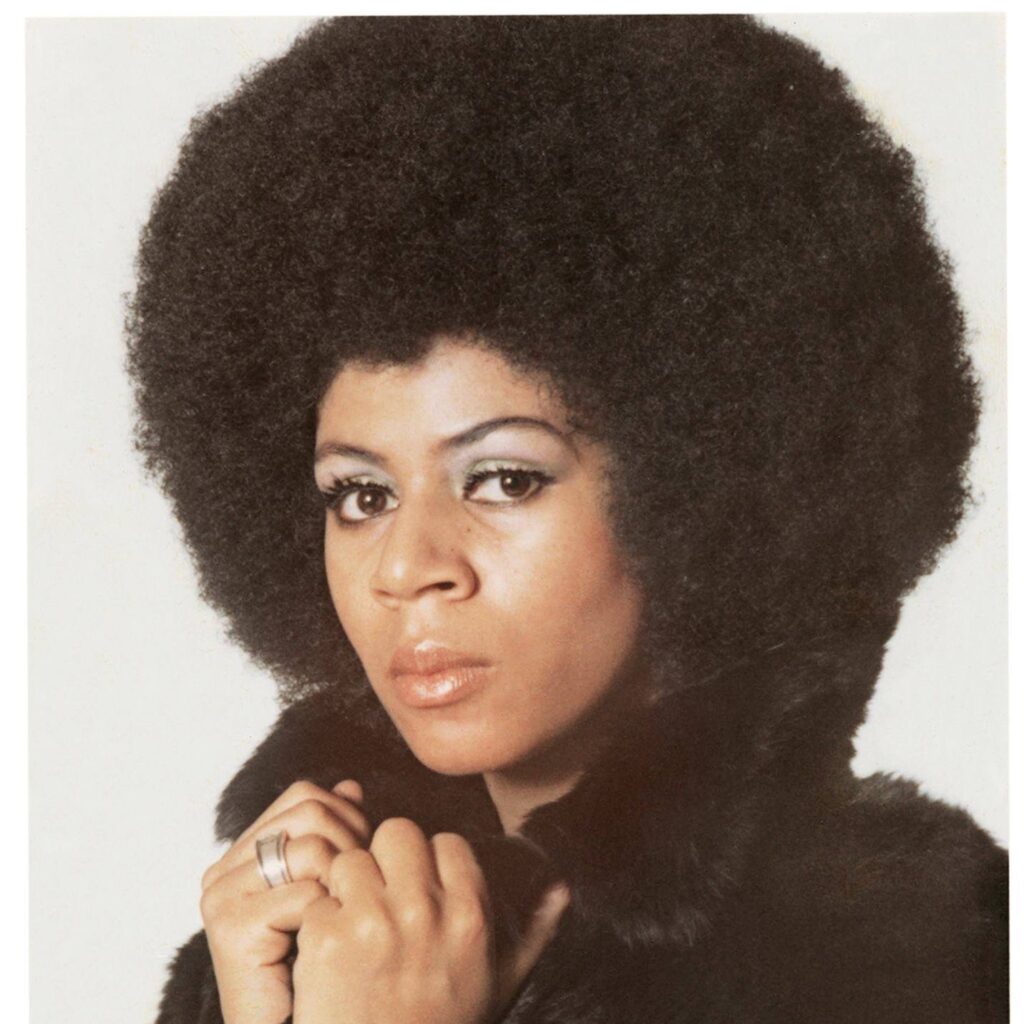 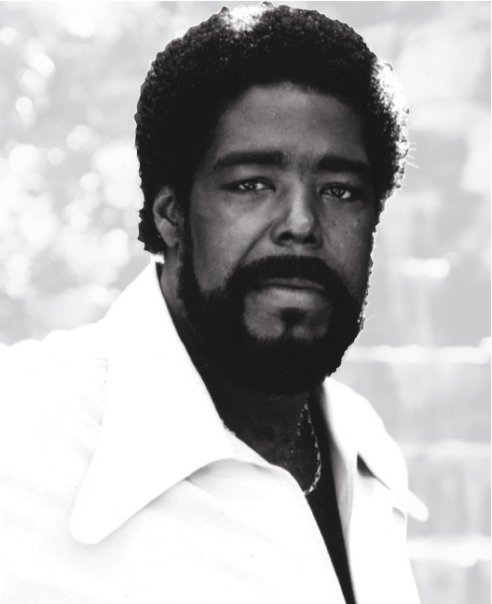 4. Michael Jackson – Michael Jackson’s death in 2009 at the age of 50 was a shock to the world. The King of Pop was an       influential figure in R&B and his music continues to be celebrated today. 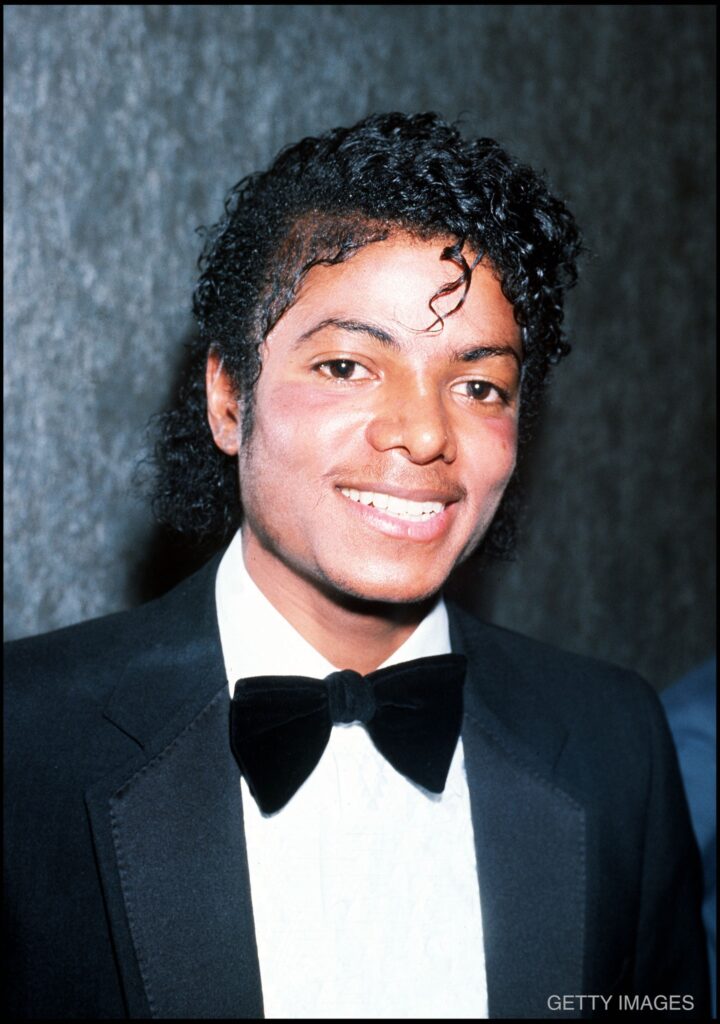 LONDON – FEBRUARY 8, 1983: Michael Jackson at the BPI awards to collect an award on behalf of Barbra Streisand held in London 1983.(Photo by Dave Hogan/Getty Images)

5. Tammi Terrell-  Terrell, a Motown label soloist who was already well-known, gained popularity when she teamed up    with Marvin Gaye. “Ain’t No Mountain High Enough,” “Ain’t Nothing Like the Real Thing,” and “You’re All I Need to        Get By” were among the memorable duets performed by the two. Terrell received the news that she had a malignant brain tumor during this time. The young vocalist underwent eight operations, but her condition continued to decline, and she passed tragically on March 16, 1970, one month before turning 25.

6. Otis Redding- Redding, made his imprint on the musical scene in 1962 with “These Arms of Mine.” The timeless classic “Sitting on the Dock of the Bay” was his biggest hit, though. Sadly, Redding would not live to witness the significance of his hallmark song because it was released one month after his passing(age 26) on December 10, 1967, in a plane accident. 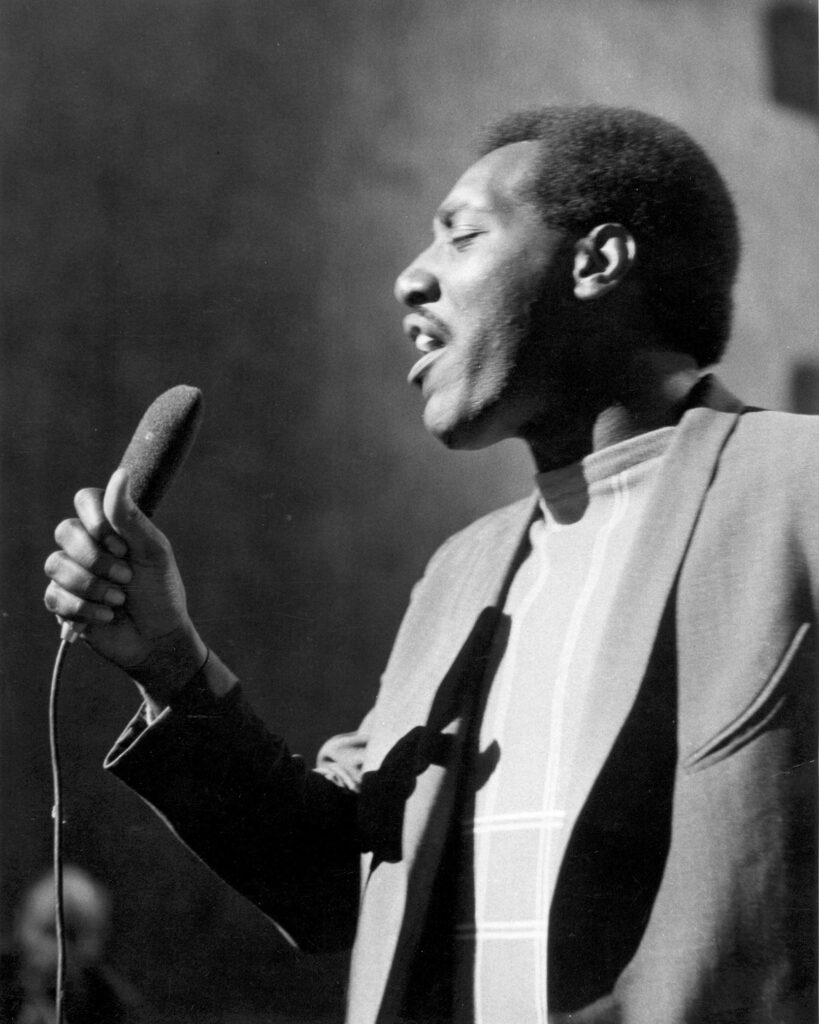 7.  Donny Hathaway- Hathaway, a gifted vocalist and composer, rose to fame in the late 1960s as a songwriter who produced successful songs for other musicians. But by the end of that decade, he had a recording contract of his own and was well-known for his duets with Roberta Flack, “Where is the Love?” and “The Closer I Get to You,” which made him a star in the music industry. Despite his fame, Hathaway struggled with despair, which ultimately resulted in his apparent suicide on January 13, 1979, according to authorities, who claim he jumped from a hotel room on the 15th floor at the age of 26. 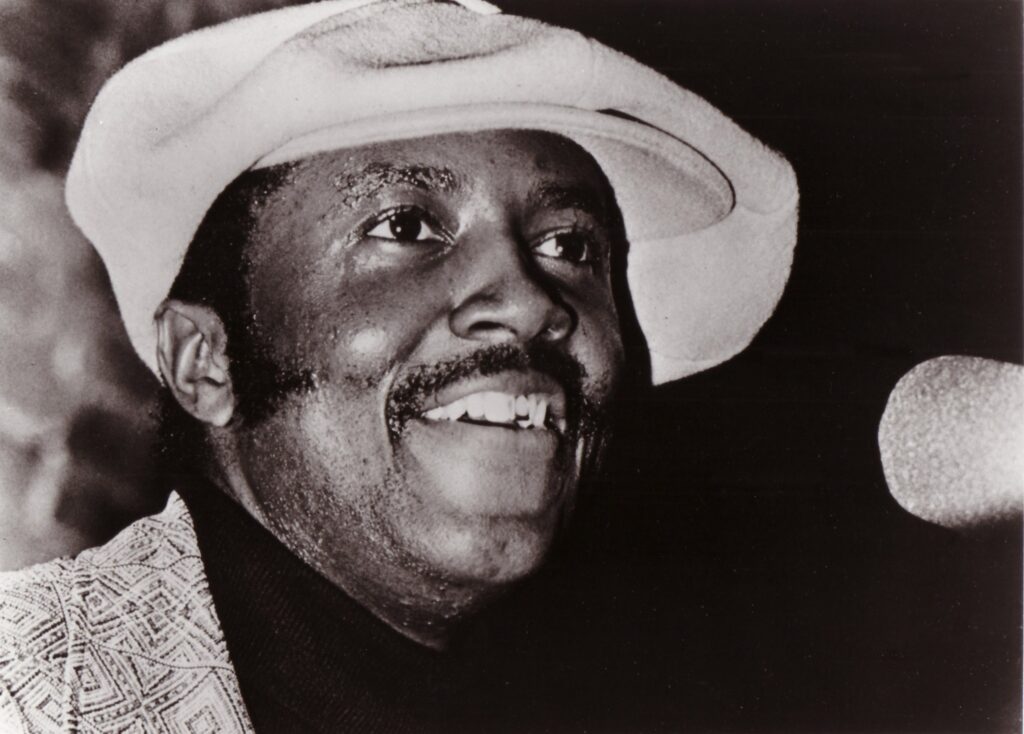 8. Sam Cooke- Cooke, known as “The King of Soul,” helped make soul music famous and opened the way for a number of      illustrious performers. Cooke was one of the first African American musicians to launch his own business, and he   boasted      more than 20 top 40 songs in his discography. He started his own publishing and record label. Despite his   groundbreaking achievements, Cooke passed away in questionable circumstances on December 11, 1964, when a hotel   manager shot him to death after alleging that he had attacked her. He was 33 years old. 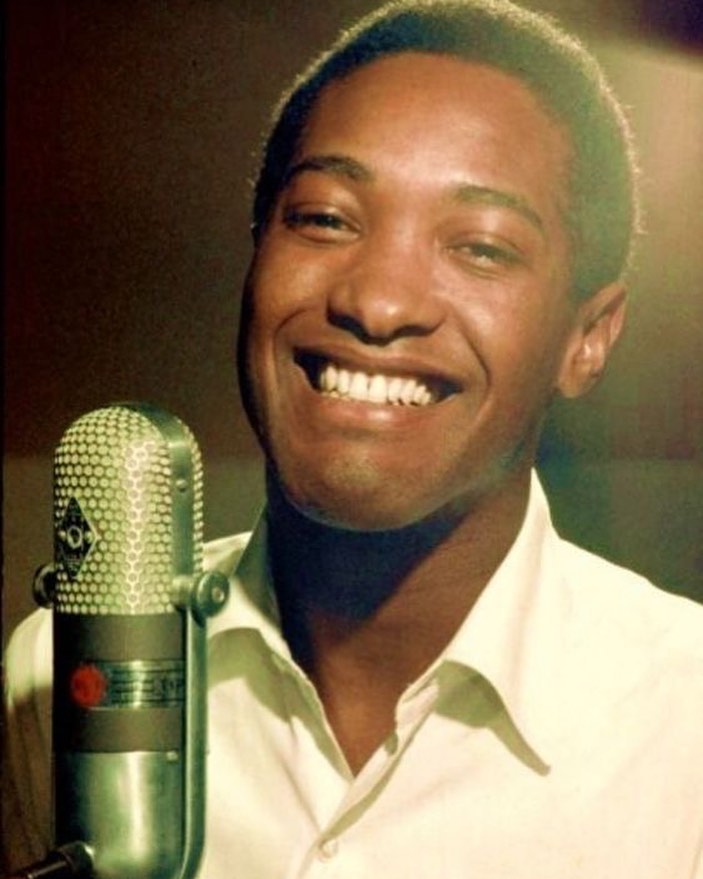 9. Marvin Gaye- Gaye, a Motown superstar, amassed an outstanding discography of classic songs, from political satire to love ballads. Throughout his life, he battled despair and drug addiction. When he and his father got into a fight on April 1, 1984, which resulted in the singer’s death from a deadly gunshot wound, his inner demons came to a head. Just one day before turning 45, Gaye passed away. 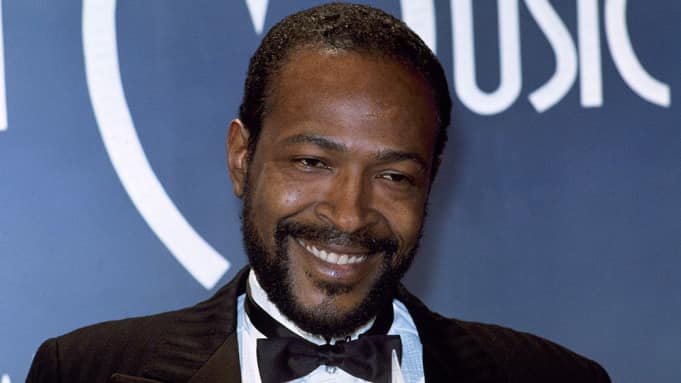 10. Whitney Houston- Whitney Houston was a multi-platinum-selling singer who rose to fame in the 1980s as one of the best R&B voices of her period. Ms. Houston had the skill, good looks, and pedigree of a pop diva from the beginning of her career more than 20 years ago. She passed away at the age of 48 and left behind a rich musical legacy that will endure for decades. 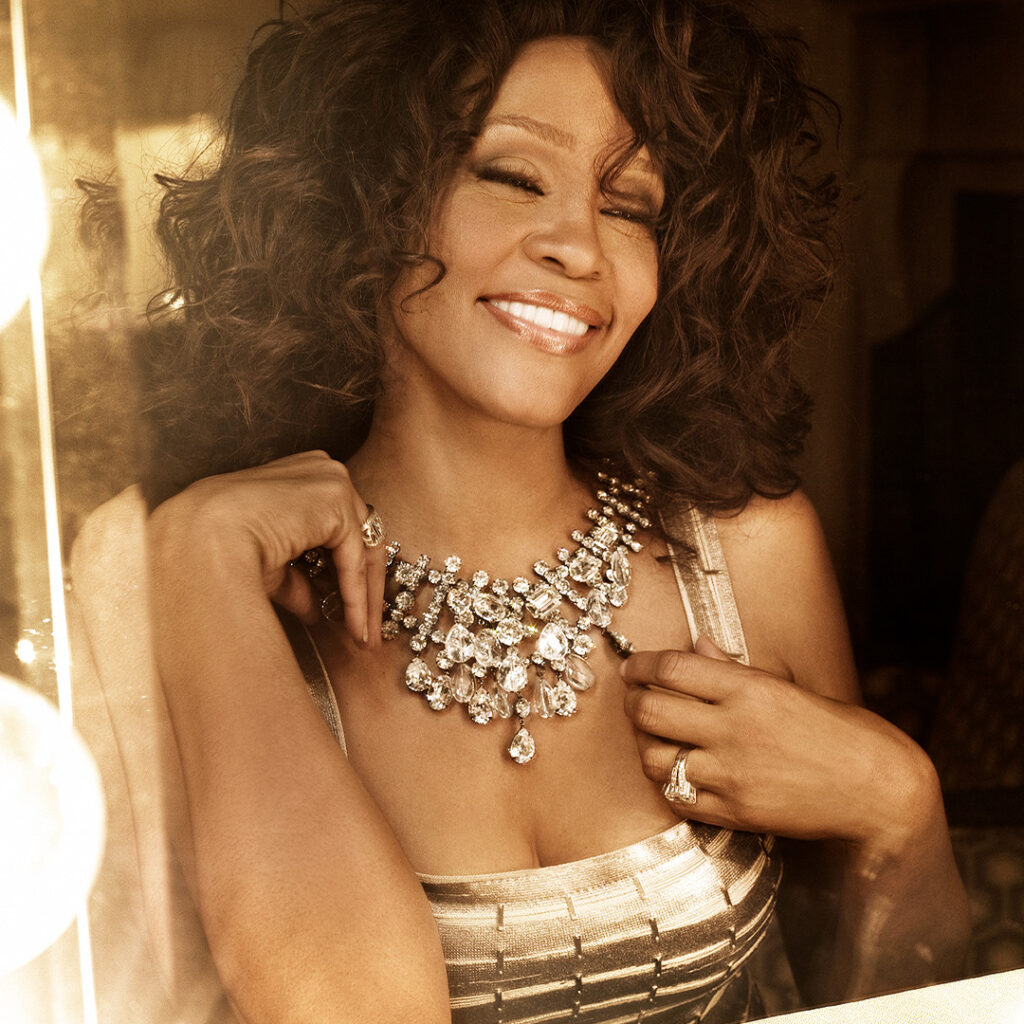 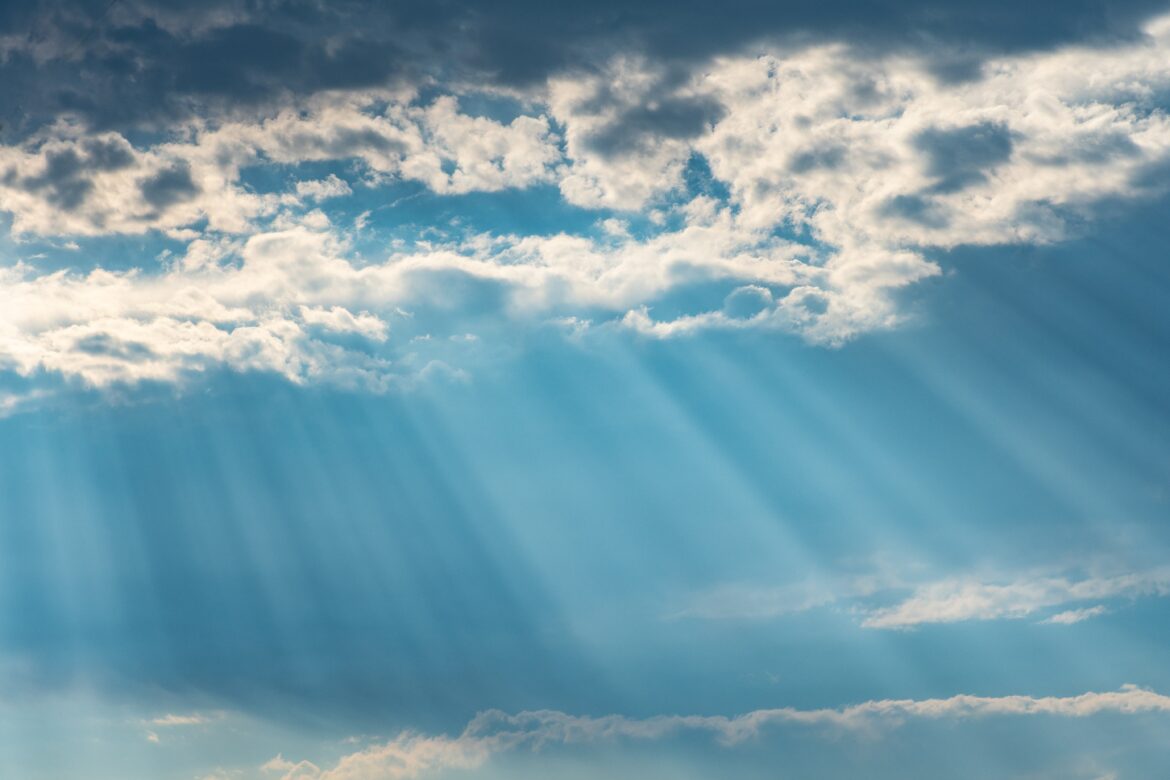 In 2022  we lost many great Musicians. In fact, a lot of us  didn’t know some of their favorite artists had passed away.  BackBeat R&B would like to take the time to honor those Artists who transitioned in the early part of 2022 and just know, you are not forgotten!  Thank you for sharing your talent and voices with the world. 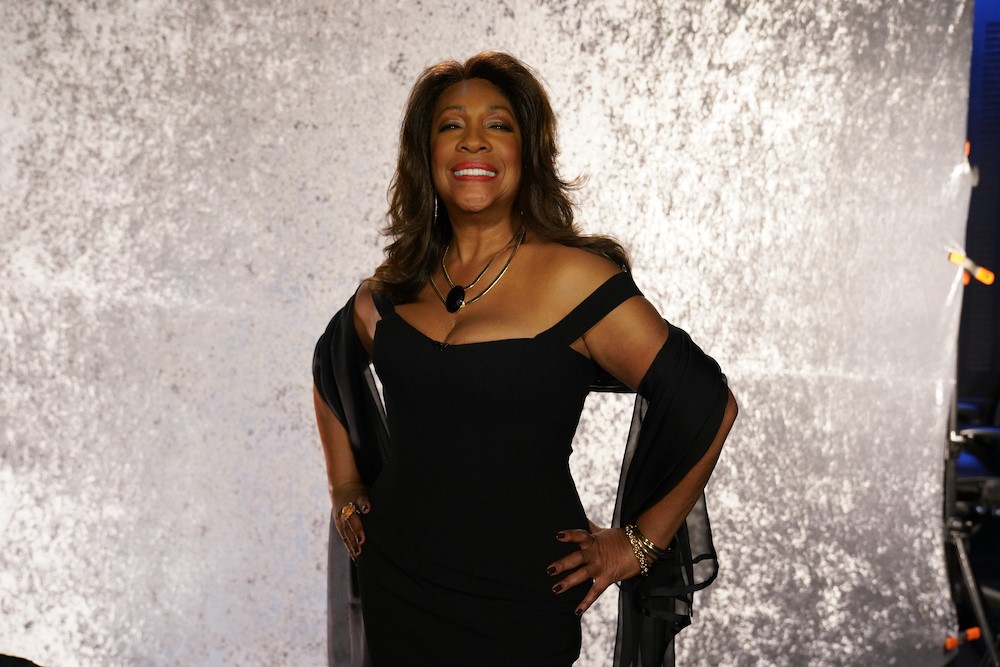 Mary Wilson, a co-founding member of  “The Supremes” passed away suddenly on February 9th. As of this date, no cause of death was given.  Ms. Wilson was at her home in Henderson, Nevada. Born in Greenville, Miss; her parents moved to St Louis and then Chicago for better opportunities. At age 3, she was sent to Detroit to live with her aunt and uncle in the Brewster-Douglas Projects where she met fellow singers Diana Ross, Florence Ballard, and Betty McGlown. She began her career in 1959 as a singer with “The Primettes”.  Introduced to Berry Gordy and his Motown label, the rest is history. They went on to become one of the most iconic female vocalists, known as “The Supremes”.  The group paved the way for the success of many Black artists across all genres of music. 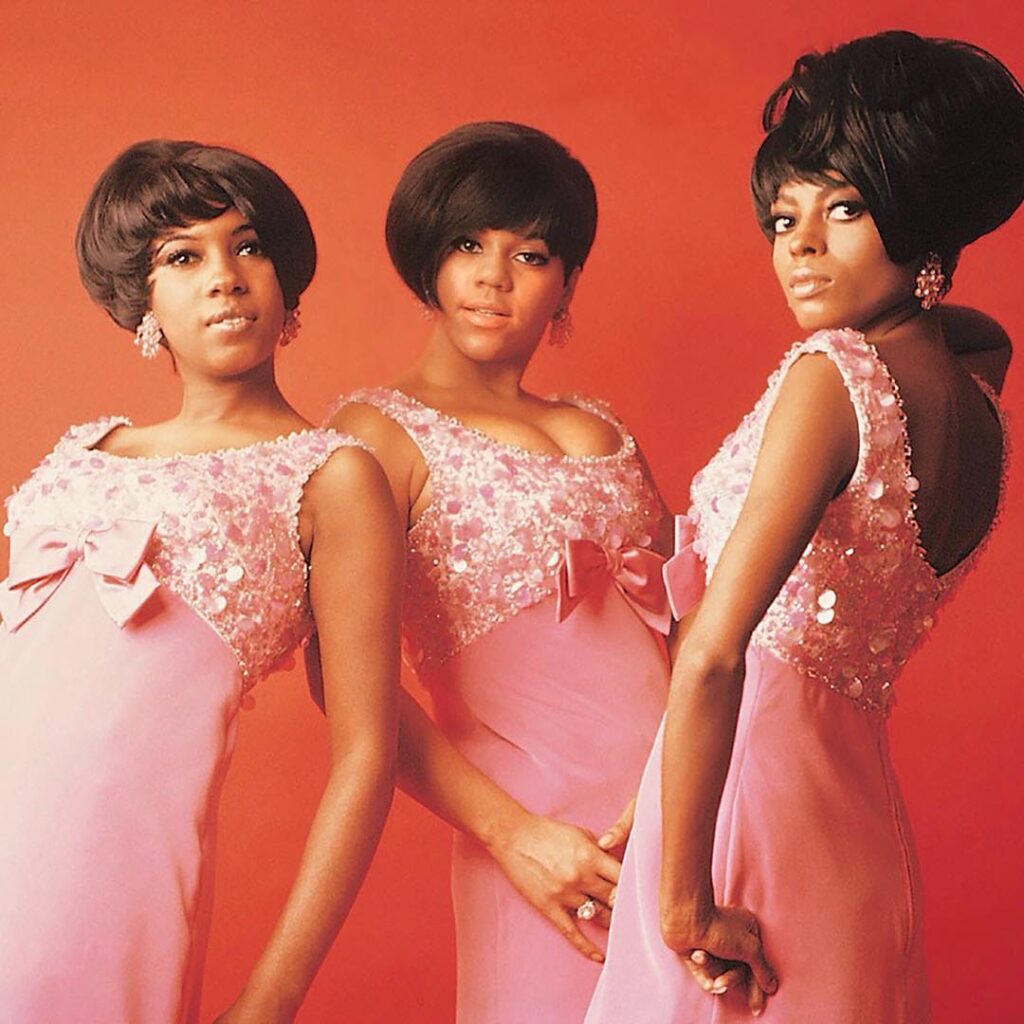 Ms. Wilson’s legacy goes beyond a successful music career. Over the years, she had become a bestselling author, businesswoman, US Cultural Ambassador, and motivational speaker.  A very humble lady, she used her fame, presence, and glamour to promote humanitarianism which included raising Aids awareness, encouraging peace in the world, and ending hunger.  Lastly, her contribution to the passing of the Music Moderation Act(MMA) in 2018 which help to improve and revive copyright-related issues for new audio recordings and music. This was a big breakthrough because with modern technology like “Digital Streaming”, there was no protection for the music recorded before February 15, 1972.  Mary Wilson was not just a singing legend she was a humane, generous, and public spirit. 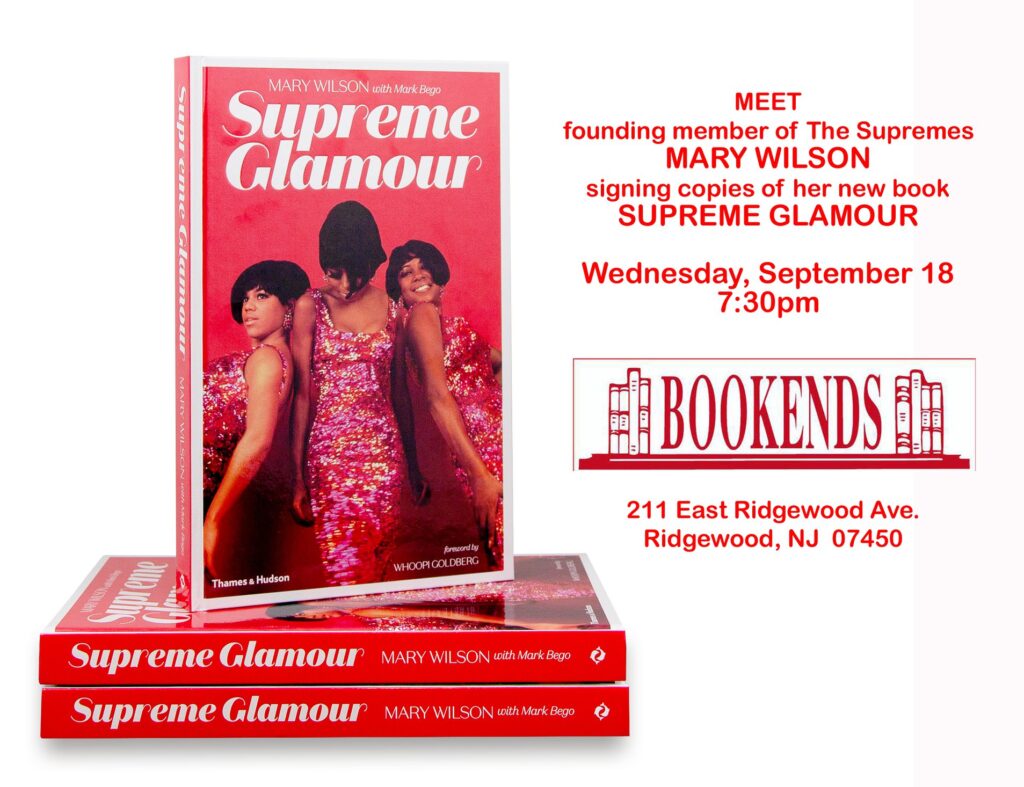 In a statement to National Public Radio, Berry Gordy said ” I was always proud of Mary. She was quite a star in her own right, and over the years continued to work hard to boost the legacy of the Supremes. Mary Wilson was extremely special to me. She was a trailblazer, a diva, and will be deeply missed.” 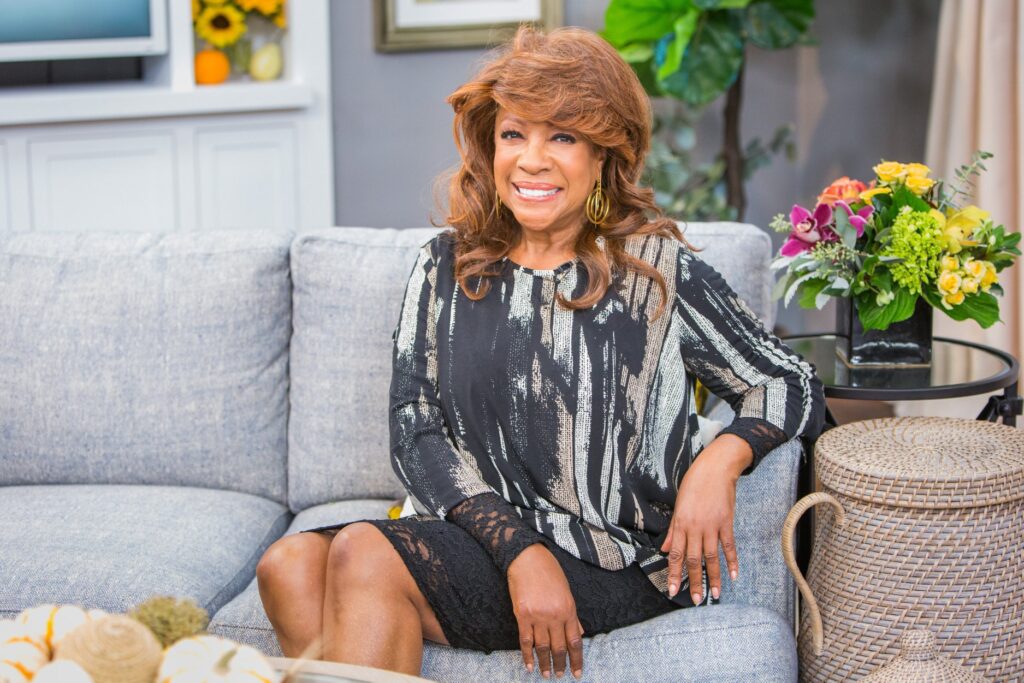 THE MANY FACES OF MARY WILSON 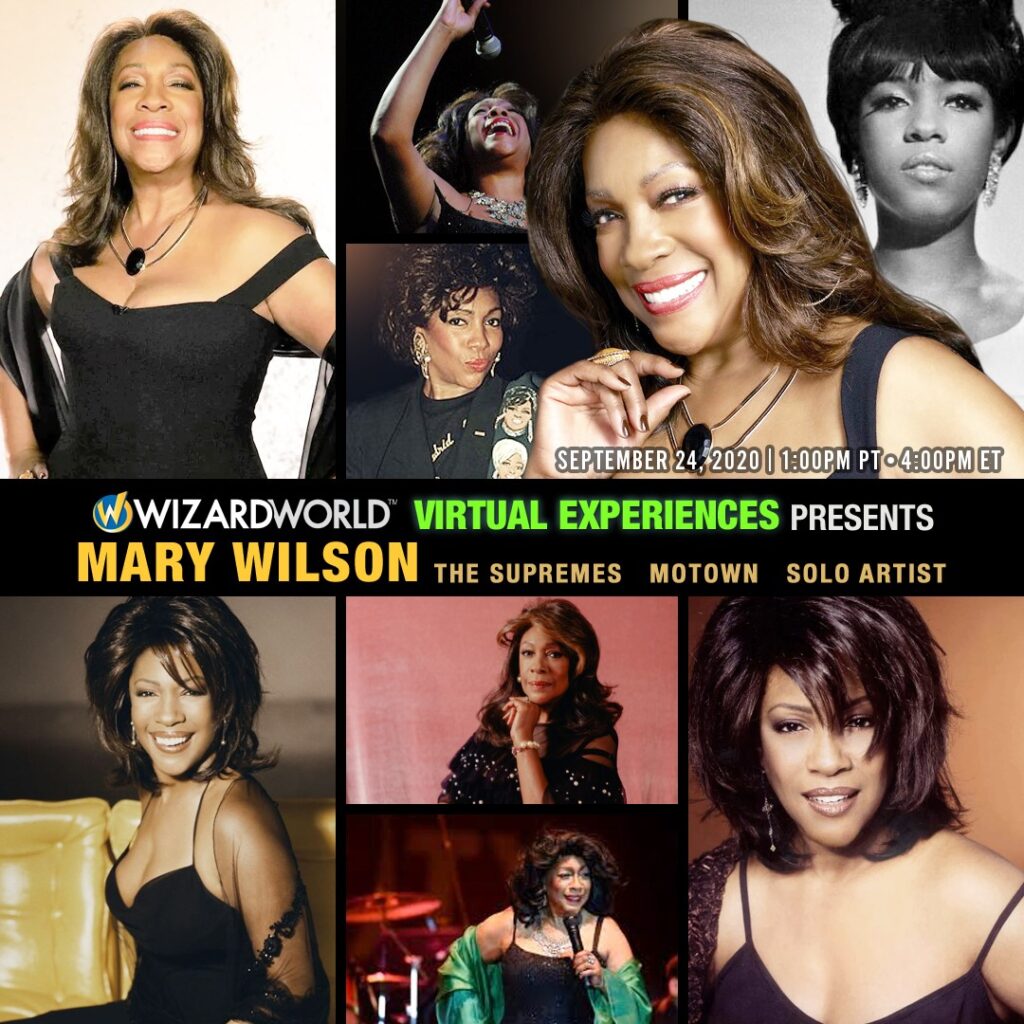 MARY WILSON AND THE SUPREMES 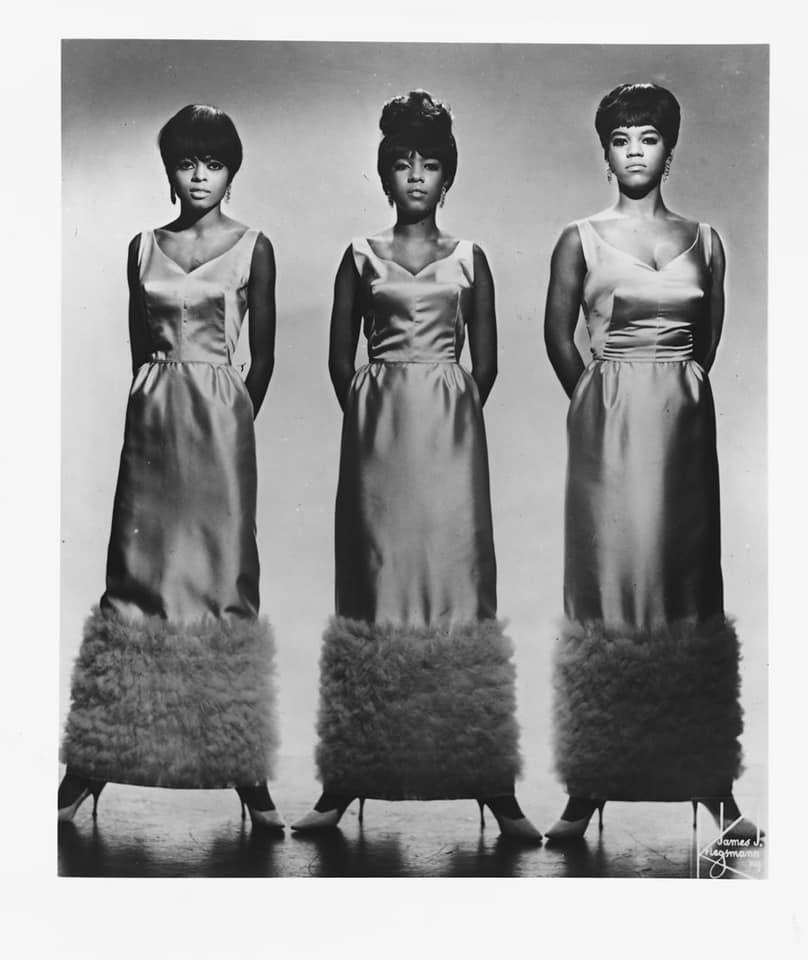 THE SUPREMES ED SULLIVAN SHOW 1964 – COME SEE ABOUT ME

Mary Wilson will deeply be missed, a legend, activist, icon, humanitarian and so much more, R.I.P  Sweet Heart of Motown and thank you for sharing and giving yourself to the world. 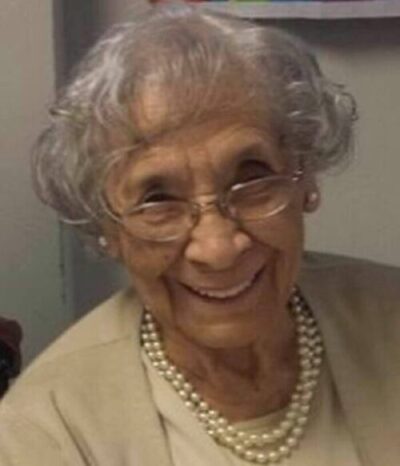 Stars of The 5th Dimension Give Tribute to LaMonte McLemore’s Mother, “Mama June” who has Died at 106

The original stars of multi-Grammy winning legends The 5th Dimension are giving tribute to LaMonte McLemore’s cherished mother, known warmly by all as “Mama June,” who passed away peacefully at age 106 on November 8. Mama June had remained the only surviving parent of the members of The Original 5th Dimension. Always beautifully groomed and attired, and wonderfully wise, LaMonte proudly shared in his memoir “From Hobo Flats to The 5th Dimension” as well as with many an interviewer-including at BackBeat R&B: “Don’t let her homespun name fool you. Mama June’s memory is better than yours and mine, combined…she’s as sharp as a tack!”

Marilyn McCoo & Billy Davis, Jr.-the married duo of the original quintet-expressed on the occasion of her centennial birthday: “Mama June is one of the true gems in our lives, she’s always been full of joy, love, and acceptance for all…a true treasure. Florence LaRue, original member and current lead of The 5th Dimension made a special appearance at Mama June’s 105th  birthday celebration in St Louis delivering a prayer and song in her honor. Lamonte’s biographer and media spokesman, Robert-Allan Arno states: “Mama June possessed a warm godly light-not only coming from inside but surrounding her-that was simply breathtaking when in her presence.” 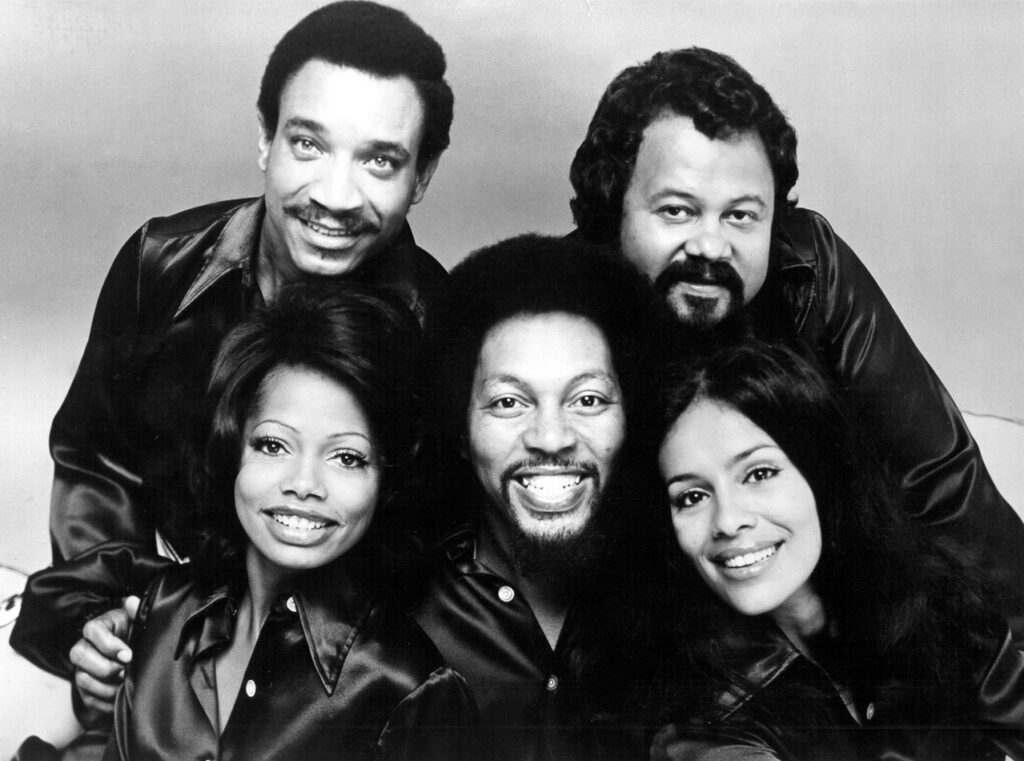 June McLemore (1914-2020) lived through many decades, eras, US presidents, and positive changes in Civil Rights. She always embraced a “can-do” spirit of diligence, grace, optimism, fairness, and inclusivity through it all, attributes that are reflected in the ethos of The 5th Dimension’s harmoniously uplifting hits like “Aquarius/Let the Sunshine In” and “Up Up and Away.”  The McLemore family states, “She was elated to witness our first Black president and lived to see our first Black woman, South Asian vice president-elect.”

Mama June is also survived by her daughter Joan and numerous grandchildren, nieces, nephews, and great-grandchildren. Visitation and funeral services will be held privately in her hometown of St Louis. The family thanks fans for their outpouring of sympathetic sentiments on Mr. McLemore’s Facebook page.